I am not Amanda Tapping nor do I know her. This site is in no way affiliated with Amanda or her management. This is simply a fansite, made by fans for fans. I am not making a profit from anything featured here. If you have the rights to anything on this fansite and would like it removed, please contact me and I'll remove it.

Terribly sorry about the length between updates. Life, laziness and prorastination have gotten in the way.

PINUPS FOR PINK: A digital version of the calendar is now available. Print calendars are sold out but it looks like they may be making more.

S4K PROJECT: The calendar project to raise money for Sanctuary for Kids has concluded. Between orders and a personal donation, we’ve raised $300US for S4K. Since it was donated in December, it (along with all other December donations) will be doubled by a very generous person.

RIESE: Riese is still available on the Syfy website as well as Hulu and Zune. It’s coming to the Space channel website sometimes this year. If you haven’t listened to it, what are you waiting for? Amanda narrates the entire webseries.

SANCTUARY: Sanctuary is currently on it’s mid-season hiatus. It will return to Syfy in April. Return dates for other stations are TBA. No word on a fourth season pickup yet. It seems like they’re still negotiating.

AT5: AT5 is only one month away. If you’re going makng sure you’re getting all you plans in order. I don’t think it’s sold out this year so head over to the Gabit website to see about getting a ticket.

TAPPING TUESDAY: Amanda is still doing TappingTuesdays on twitter. You can read the Q&A’s on Amanda’s twitter. Eventually I’ll compile all the Q&A’s and add them to the site.

GALLERY: I’ve updated the gallery with a bunch of Amanda’s pre-Stargate stuff. I’ve got a couple more non-Stargate things to add and I’ve also started capping Stargate. If there’s anything inparticular you’d like to see screencapped, please tweet us or comment here.

PROJECT NEWS: Our 2011 Unofficial Sanctuary Calendar is now on sale. You can find the project page here. Deadline for all orders is November 5, 2011. You’re more than welcome to use any of the calendar pictures to spread the word. The more people that hear about this the better it will be for Sanctuary for Kids. 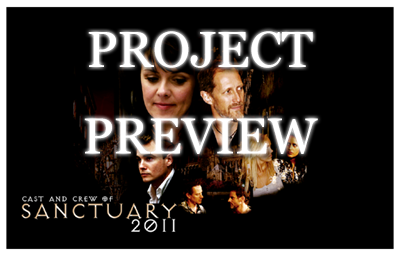 GALLERY: Screencaptures from Veritas have been replaced with DVD captures. View them in the gallery.

GALLERY: Screencaptures from End of Nights part 2, Eulogy and Hero have been replaced with DVD captures. View them in the gallery.

PROJECT NEWS: I’ve been working on something the past month or so that I hope you’ll like. Sanctuary for Kids is special to Amanda and somewhere along the way has become something Kyla and I put our full support behind. Fandom is this amazing thing that when used for good, knows no bounds. With that in mind, I figure the best way to help S4K is to give fandom something they want. I’ve seen a lot of people say they’d like a Sanctuary calendar and with no official calendar in the works, I’ve come up with something I hope will be a good substitute. This will go on sale in the next couple of days with all proceeds (minus production costs) going to Sanctuary for Kids. For now a preview:

Project ‘Happy Birthday from Around the World’

Project ‘Happy Birthday from Around the World’ was a huge success, thanks to you guys. We received a total of 23 postcards and 26 donations which were sent off to Amanda this morning. When we dreamed up this project we hoped we might be able to raise a couple hundred dollars for Sanctuary for Kids in honour of Amanda’s birthday. Our grand total? $1015.53. You guys are the most amazingly generous group of people. Thank you, from the bottom of our hearts. Thank you for making this project a success and giving so much money to help children around the world who are in desperate need of sanctuary.

Bid on an Autographed copy of Stuck

The second part of the 2010 Amanda Tapping Birthday Project is now live. It’s an auction for an autographed copy of Stuck. Here’s the listing on ebay.

I’m sure all Amanda fans know how rare a copy of Stuck is, never mind an autographed copy of it. The auction runs through August 22 and 100% of the proceeds will go to Sanctuary for Kids. When you bid, think of the kids. (We are not above shameless guilt trips)

(clicking the picture will take you to the auction.)

In addition to the auction, we are still collecting donations as well. Postcards are no longer being excepted (unless you mailed them by the deadline) but if you email us a copy of your donation receipt by Sunday, August 22, 2010 at 11:59pm ET, your name will be included on a card that will be sent with our package. Donations must still be at least $5.